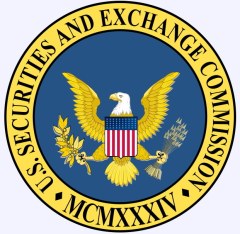 As featured in CrowdfundInsider on September 17, 2013:

September 23, 2013, represents an historic milestone for the U.S. securities industry. For the first time since the enactment of federal legislation in 1933, companies will be allowed to publicly solicit investors and advertise the sale of securities without registering the offering with either the SEC or any state if certain requirements are met – most notably, that the company have appropriate procedures in place to verify that all investors who purchase the securities are “accredited investors.”  The rule change was created by Title II of the Jumpstart Our Business Startups Act (the JOBS Act), which directred the SEC to promulgate a rule effecting this change by July 2012.  And so it did – Rule 506(c) – albeit more than a year behind schedule.

Behind the bipartisan cooperation that accompanied the enactment of the JOBS Act was bitter divisiveness over many provisions of the JOBS Act, including Title II, allowing general solicitation to accredited investors in private placements, and Title III, allowing investment crowdfunding to unaccredited  investors–subject to the SEC implementing the appropriate regulations.  Perhaps the most vocal critics were state securities regulators, concerned that general solicitation and crowdfunding would open the floodgates to a wave of securities fraud, while at the same time limiting the power of the states to regulate these areas.

Though the JOBS Act was praised by President Obama as “a potential game changer” when he signed the JOBS Act into law in the White House Rose Garden on April 5, 2012, the President of The North American Securities Administrators Association (NASAA) had a less sanguine view.  According to a formal statement released by NASAA on the day the JOBS Act was signed into law, Jack E. Herstein, the then NASAA President and Assistant Director of the Nebraska Department of Banking & Finance, Bureau of Securities, was quoted as saying:

The JOBS bill the President signed today is based on faulty premises and will seriously hurt all investors by either eliminating or reducing transparency and investor protections.  It will make securities law enforcement much more difficult.  Investors need to prepare themselves to be bombarded with all manner of offerings and sales pitches.  Congress has just released every huckster, scam artist, and small business owner and salesman onto the internet . . . .”

These sharp divisions of opinion – representing the sometimes conflicting objectives of job creation and capital formation versus  protection of the investing public– did not go away on April 5, 2012, and are not expected to go away any time soon.  Though a battle to loosen securities laws may have been won in 2012, given the seismic and potentially disruptive effects of equity crowdfunding and general solicitation and advertising, the war is far from over.  It is more critical than ever that crowdfunding participants not get caught up in the regulatory crossfire if equity crowdfunding and its participants are to survive.

How to Prepare For “D-Day”

September 23, 2013, may appropriately be called the “D-Day” for the U.S. securities industry, not only because of its historic significance, but because it also ought to signal an enhanced need by companies and intermediaries raising funds to exercise a high level of Diligence and Discretion in the conduct of private placements utilizing new Rule 506(c) – both for screening investors to ensure that they are “accredited,” and in the quality of statements made in offering materials.

There will undoubtedly be a strong temptation by many well intentioned issuers and intermediaries, vying for attention for their offerings, to aggressively market offerings to the public – increasing the likelihood of solicitation materials containing a “misrepresentation” or “material omission.”  The attention they attract may not necessarily be limited to potential investors.  Some publicly marketed offerings will almost certainly attract attention from the SEC and state regulators monitoring compliance and fraudulent practices – who have already made it clear to the public that they will be monitoring Rule 506(c) offerings for compliance with the new rule.  The consequences of this unwanted attention for ill-prepared companies or intermediaries could be catastrophic – both for the companies or intermediaries who get caught in regulatory crossfire – and the securities industry generally.  Clearly, if there are abuses, or even perceived abuses, of the new solicitation rules, this will give fuel to those who believe that these rules are ill advised and should be severely limited, if not eliminated entirely.

The Consequences of Not Getting it Right the First Time

There are potentially serious, life altering consequences that may beset a startup or an intermediary, such as an Internet platform, that does not conduct an offering in strict compliance with securities laws governing private placements – the first time and every time.  In the past, the most significant consequence of failing to comply with either an exemption from registration, such as Rule 506, or a material misrepresentation or omission, would likely be to create a right of the investor to the return of his investment from the fundraising company and certain participants in the offering.  This remains the law.  However, new rules recently promulgated by the SEC pursuant to the Dodd-Frank Act, effective September 23, 2013, and new rules yet to be promulgated by the SEC pursuant to Title III of the JOBS Act (the so called “bad actor” disqualification rules), significantly alter this landscape.

Case in point is SoMoLend, a peer-to-peer lending Internet crowdfunding platform founded by Candace S. Klein, an attorney, who was a co-founder of Crowdfund Intermediary Regulatory Advocates (CFIRA), a crowdfunding industry trade group, and who has been active in lobbying efforts giving rise to the JOBS Act and its implementation.  According to Ms. Klein’s website, she is co-author of the crowdfunding provisions included in the JOBS Act of 2012.  Until recently, SoMoLend by all accounts seemed to be the poster child for a successful startup:

However, it also seems that somewhere along the way SoMoLend attracted the unwanted attention of the Ohio Division of Securities.  In June 2013 SoMoLend and its President, Candace Klein, were issued a Notice of Intent to Issue Cease and Desist Order by the Ohio Division of Securities.  The Notice contains a number of yet unproven allegations of violations by SoMoLend and its President, Candace Klein of Ohio state securities laws based upon activities alleged to have occurred prior to June 2013 – including:

Conspicuously absent from the Notice is any indication that:

Indeed, thus far I have been unable to locate any public reports of any SoMoLend investor expressing dissatisfaction with either SoMoLend or Ms. Klein.   Also noteworthy is that some of the allegations by the State of Ohio of unlawful activity, notably the general solicitation of investors, involve activity which will become lawful in Ohio and elsewhere if conducted after September 23, 2013 when new SEC Rule 506(c) goes into effect – assuming the requirements of SEC Rule 506 are otherwise met.

According to published reports Ms. Klein resigned as President of SoMoLend in August 2013 shortly after the Ohio proceedings became public.  It is not clear if or when Ms. Klein will return to SoMoLend.  According to her personal website she practices law at the firm of Ellenoff Grossman and Schole LLP.  However, according to the website of Ellenoff Grossman and Schole LLP and the firm’s receptionist, she is not employed there.*

Lessons to be Learned

A moral of this story is that with greater regulatory freedom to market securities in the U.S. will come greater responsibilities, and a heightened risk to participants for failure to comply rigorously with both federal and state securities laws, especially as the new frontier of crowdfunding begins to take shape.  For securities industry participants and startups alike, the exuberance which often accompanies marketing a product or service to the public ought to be tempered by a healthy dose of caution and conservatism when the gates swing open to general solicitation on September 23, 2013.  This race will not be to the swiftest, but to those who exercise the proper discretion and diligence in the fundraising process – in vetting investors, investments and the manner of conduct of the offering.  A premium ought to be placed on utilizing experienced fundraising professionals and advisors, and well qualified intermediaries with a strong management team.  And if too many participants stumble at the starting gate on September 23, 2013, this will not bode well for the securities industry in general, and the nascent crowdfunding industry in particular.

As for SoMoLend and Ms. Klein, early pioneers in the investment crowdfunding arena, my hope is that if there are ultimately found to be any technical violations of Ohio Blue Sky laws, these will be viewed as an unintended by-product of entrepreneurial exuberance, and that the Ohio Division of Securities will utilize its discretion in a manner which will allow SoMoLend and Ms. Klein to continue, in a lawful manner, on the path they initially embarked – to facilitate funding for small businesses.

And for the sake of the crowdfunding industry, my hope is that SoMoLend’s fate will not parallel the fate visited on its home town baseball team, the Cincinnati Reds, in 1880 – who were suspended from the National League for 10 years after being found guilty of committing acts of moral turpitude in clear violation a now repealed, 50 year old Ohio state law – playing professional baseball and selling beer to the public on Sunday.

*Postscript – Subsequent to the date of this Article, I was informed by Douglas Ellenoff, of Ellenoff Grossman and Schole, a major New York corporate and securities law firm, that Ms. Klein is “Of Counsel” to the firm.

About the Author – Samuel S. Guzik is a corporate and securities attorney and business advisor admitted to practice before the SEC and in New York and California, with over 30 years of experience. During this time he has represented a number of public and privately held businesses, from startup to exit, concentrating in financing startups and emerging growth companies.  For additional information regarding Mr. Guzik and his firm, Guzik & Associates, please visit his website at www.guziklaw.com